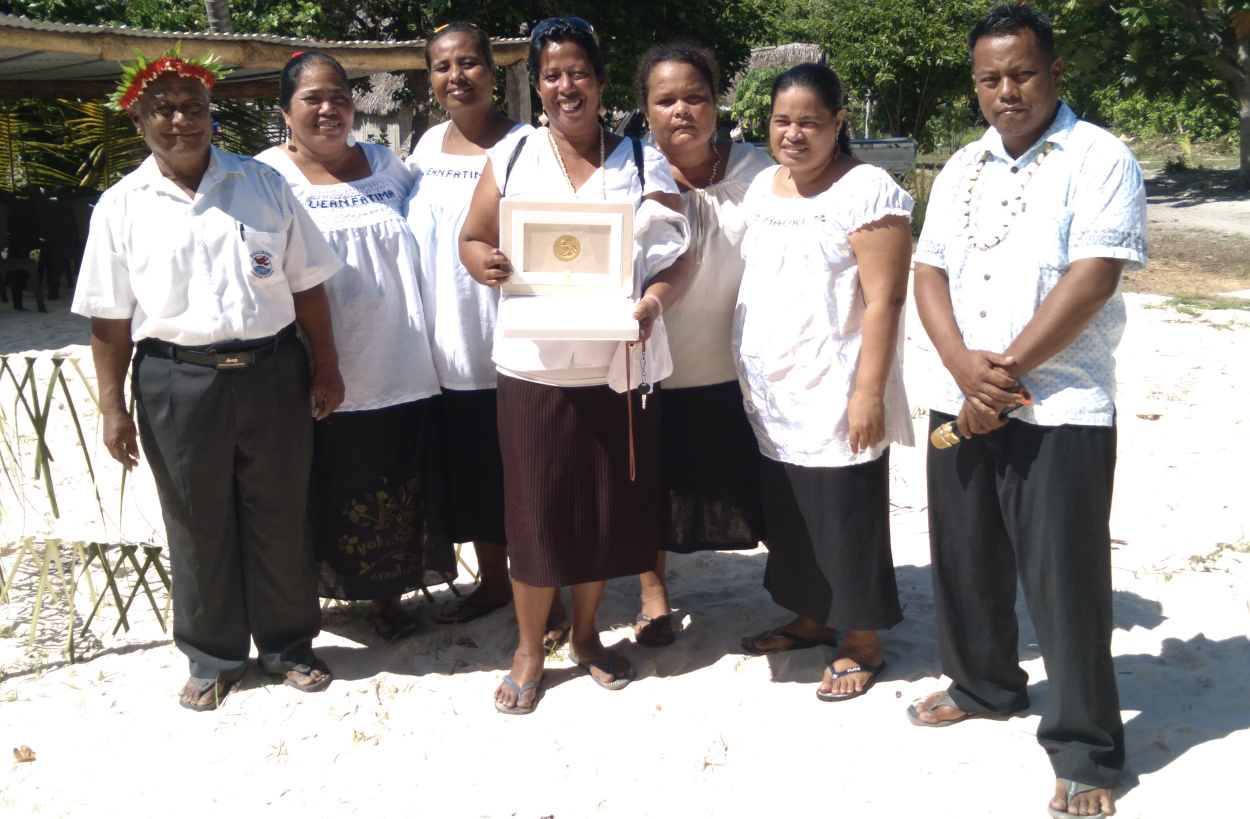 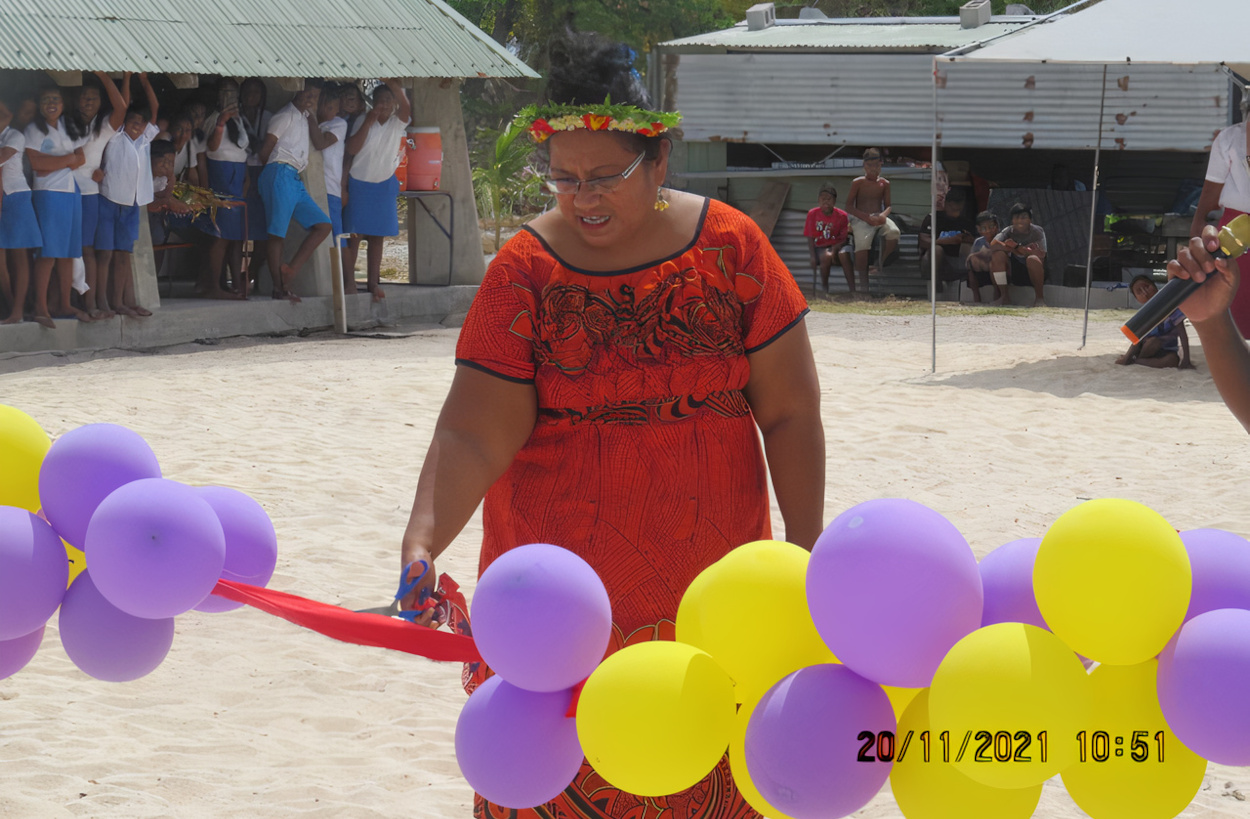 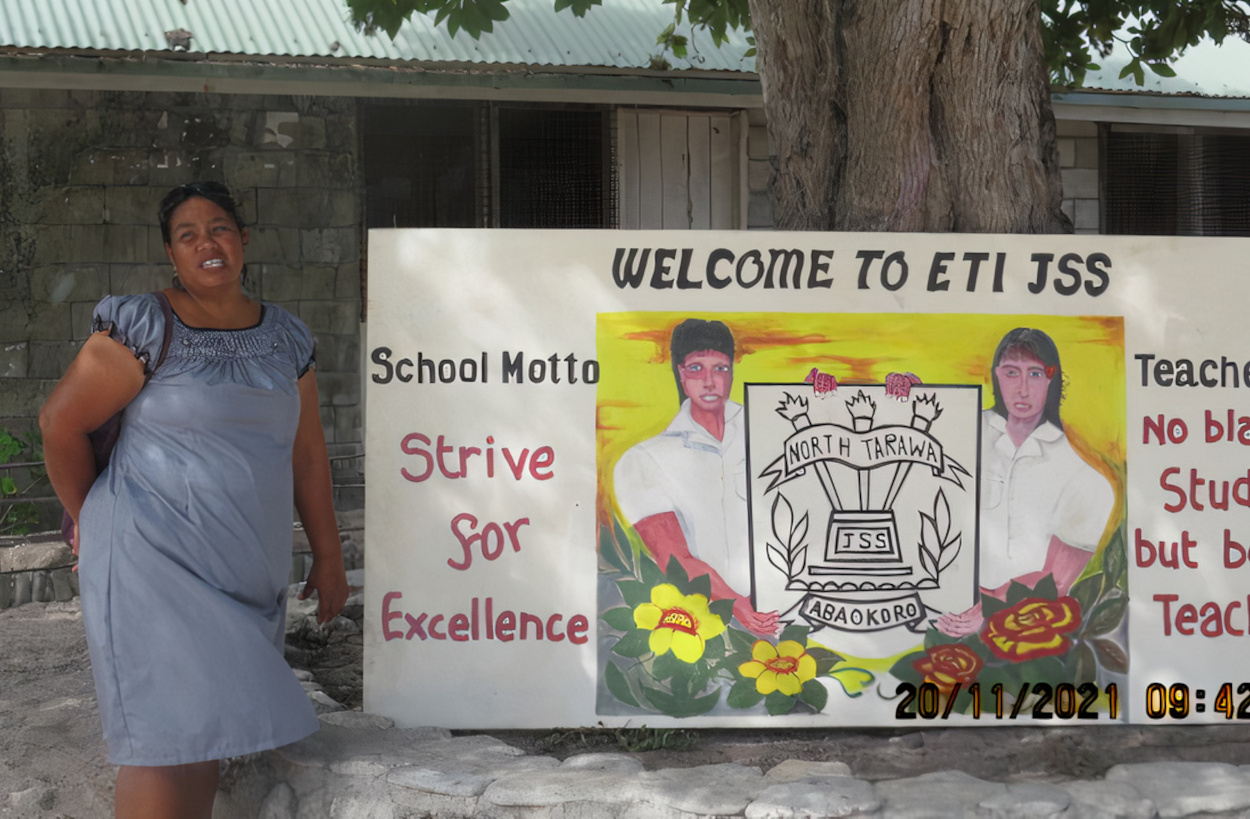 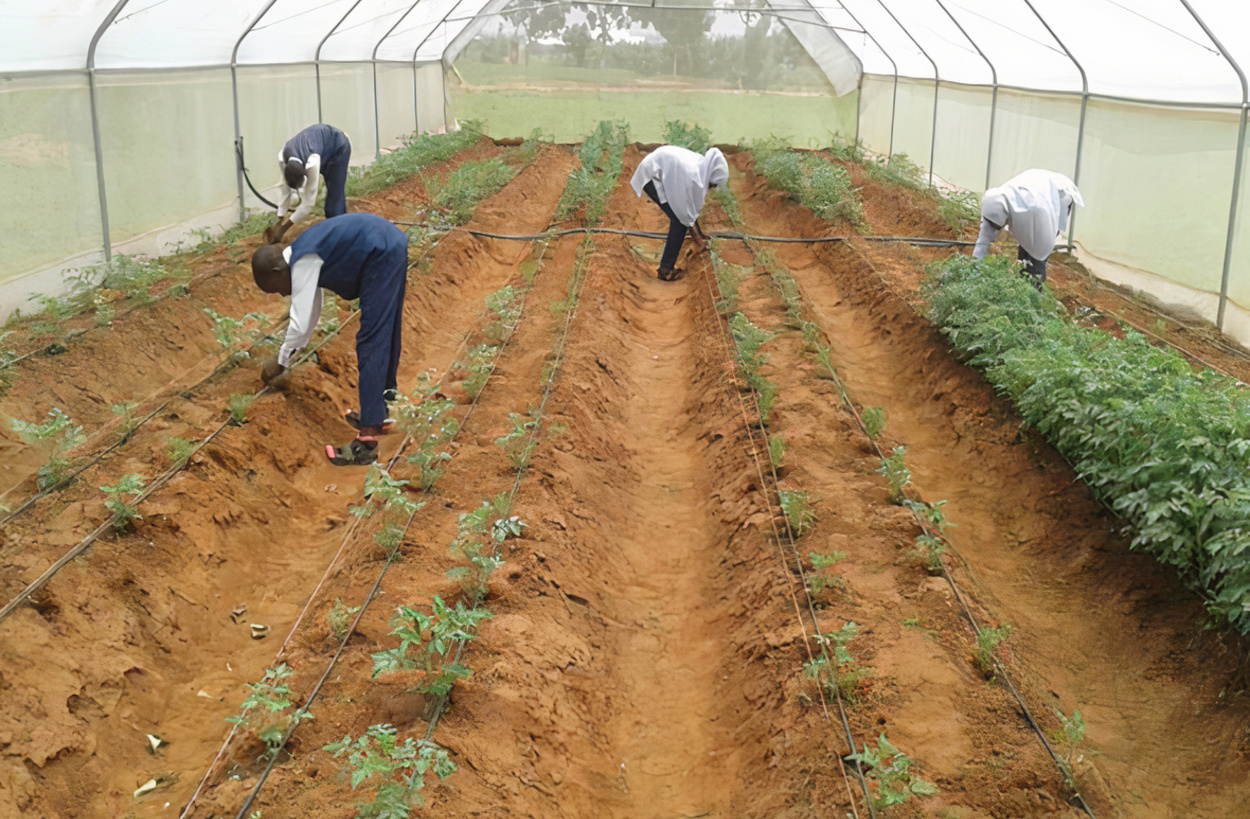 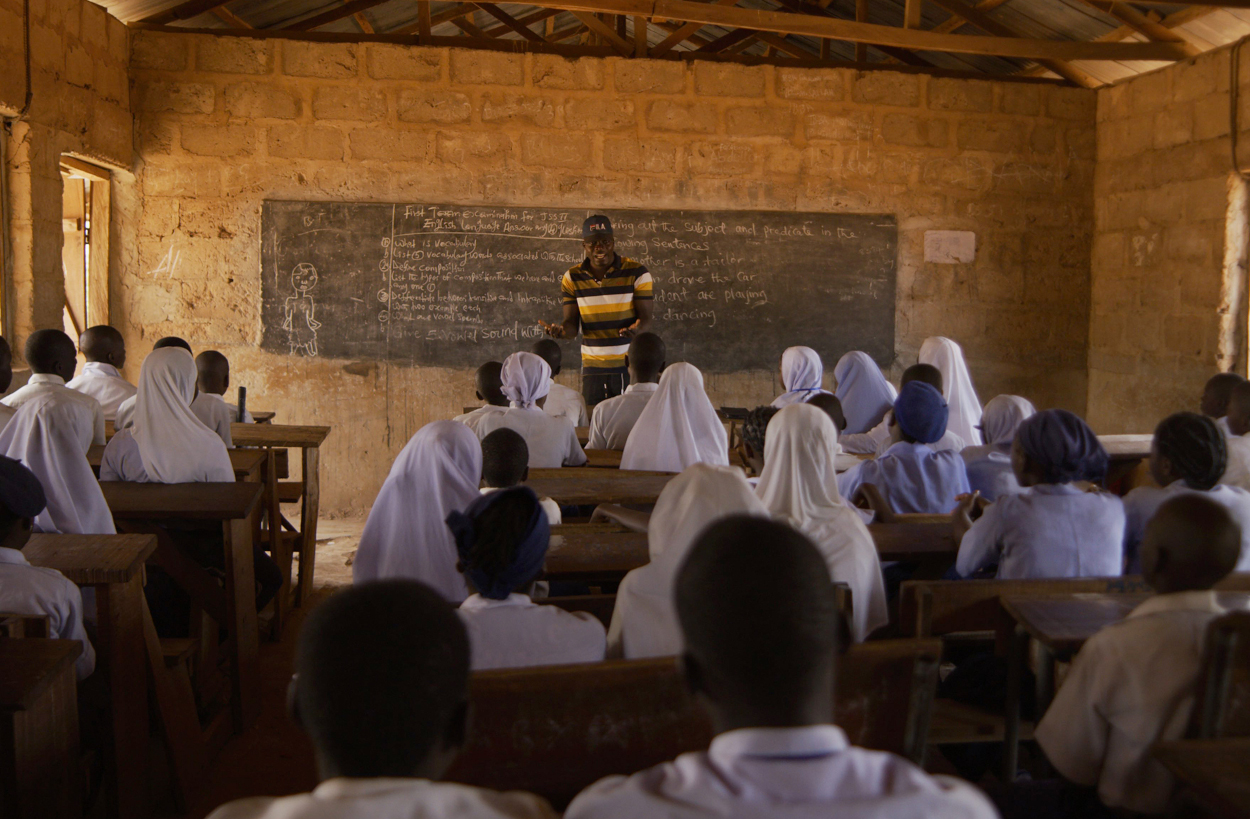 The last quarter of 2021 has been an exciting period for the Zayed Sustainability Prize’s Global High Schools community who represent 41 winners across six world regions, through the inauguration of two transformational school projects in Kiribati and Nigeria.

With 18 schools from six world regions confirmed as finalists for the 2022 Zayed Sustainability Prize, the Global High Schools category remains an integral focus area for the UAE’s pioneering award for recognising sustainable solutions and humanitarianism around the world and those who are committed to accelerating them.

Open to high schools worldwide, the Prize recognises youth as a driving force for future sustainable development and empowers them to reach their full potential, inspiring next generations to be responsible, sustainable citizens. Contenders in this category must demonstrate new and innovative approaches in one or more of the fields in health, food, energy, and water - which align with the Prize’s core categories - through project proposals that can yield tangible results for their communities and that are designed to deliver positive educational impact. Shortlisted schools and students can win up to US$100,000 to bring their projects to life.

During the last Zayed Sustainability Prize Awards Ceremony, which was held in January 2020, the Eutan Tarawa Ieta Junior Secondary School (ETI JSS) was named Global High School winner for the East Asia and Pacific region due to their inspiring project proposal which combined sustainable agriculture, water, and health benefits.

Less than two years ago and as part of their submission, ETI JSS had outlined their ambitious plans to convert parts of the school grounds into a food production area, with a vegetable garden and large chicken barn, to educate students about healthy eating, and the impact it can have on their learning, while helping to prevent diabetes – a widespread disease in Kiribati because of the high dependence on processed, high-sugared foods.

The project team also set out to tackle the issue of poor lighting at the school compound. Prior to the project’s completion, the entire school was totally in darkness after dusk, preventing students from studying at night, and teachers from using their devices and preparing for their classes.

Today, the project is benefiting 231 students including all students eligible to attend Junior Secondary School on the whole island, and 49 people across 10 teacher-households located on the school campus.

The school is in the northern part of Kiribati’s capital Tarawa. Kirabati is an island nation in the central Pacific Ocean located halfway between Hawaii and Fiji. Kirabati enjoys a rich Oceanian culture and an abundance of natural beauty and wildlife. The island, however, suffers from difficult economic conditions due to several factors including its remote location, limited resources and overpopulation.

Combining sustainable food and water practices to support the needs of the school and surrounding community, the school has successfully completed its project and installed solar panels on the school’s rooftop, with rainwater harvesting tanks and solar-powered pumps to stabilise uncertain supplies of potable water that will be further treated into clean, safe drinking water. Rainwater is particularly important because Kiribati has been experiencing long droughts in recent times.

Through this milestone, ETI JSS is now the first school in Kiribati to become self-sufficient when it comes to providing food and water for its students.

In terms of power generation, the entire school has been illuminated through the solar panels installed for rainwater harvesting, and both students and teachers are enjoying the learning process like never before. The school is also rolling out night-time classes which started following the recent opening, staff rooms throughout the school have electricity and teachers can now use IT equipment like printers and scanners to support their activities, while also enabling them to work with their laptops using solar power.

Among the many benefits that the project is having on the lives of students and the community is the significant improvement in student attendance. This was encouraging with the first two weeks after the opening marking a significant rise in attendance. Moreover, there has been a lot of change in student attitudes towards their education.

In his remarks, Rakentai Momoe Teumauma, former Principal at ETI JSS said, “I would like to convey the sincere gratitude of students, teachers, school committees and parents' to the Zayed Sustainability Prize for granting ETI JSS this prestigious award which has been a game changer for our school thanks to the comprehensive nature of our winning project. The win really transformed our teaching and learning atmosphere, bringing light, hope and peace to students' lives.”

The success of the project did not come without challenges – the school faced some delays in its timeline due to a production slowdown caused by COVID-19 and the pandemic also had implications on essential supplies that had to be imported. Despite the unforeseen circumstances, the school team forged ahead, recalibrating their plans, and remaining inspired by their vision to improve their school

On 20th November 2021, ETI JSS officially inaugurated its Prize project through a special ceremony which was attended by Kirabati’s Secretary for the Ministry of Education, local government officials including Members of Parliament, the Mayor of the Eutan Tarawa Ieta Island Council, foreign diplomats, and members of the island community.

In celebration of Kirabiti’s rich culture, a local dancing group performed the garlanding for invited guests to anoint them with flowers as a greeting and sign of respect in Pacific gatherings.

Describing students’ reactions to the project inauguration, Rakentai highlights how children are very excited after the change and want to attend their classes every day, “One of their favourites is the chickens at the barn because they really love to feed them, collect their eggs, and then have them for breakfast or lunch, or even take them home for their siblings to enjoy,” he said. Previously, many student families could not afford the cost of eggs - due to economic conditions, Rakentai explains. The chicken barn can produce 50 eggs every day that are then cooked and distributed to students during recess.

Rakentai adds that the project also presents safety benefits to the school with two solar streetlights within the compound. In the past, students were afraid to attend their special classes, but everything has changed for the better now and everyone is happy.”

The Zayed Community Training Centre; a tribute to the timeless sustainability legacy of Sheikh Zayed & a hub for knowledge transfer, sustainable agriculture

Our second success story this quarter is the Hakimi Aliyu Secondary School, also known as ‘HASSM’ who similarly to Eutan, successfully created a dynamic project that spans the vital food-health-energy nexus to support the school and community needs, covering pressing SDG areas such as sustainable cities and communities, enhancing liveable environments, poverty reduction and others. Located in the Mokwa village of the Niger State in Nigeria, the school won the 2020 Global High Schools award under the Sub-Saharan Africa Region.

A key pillar of its project has been the Zayed Community Training Centre which pays homage to the UAE’ founder, Sheikh Zayed. The Centre was also recently inaugurated as part of the broader completion milestone in Nigeria.

HASSM was established 15 years ago with the aim of empowering students beyond the classroom and changing the attitudes of young people through its vocational training department. Today, it is fast becoming a hub for farming activities and other sustainable best practices and its winning project is benefiting 375 students, and 45 teachers along with hundreds from the surrounding community.

Prior to the Prize win, HASSM was adopted as a model afforestation project school by the Forestry Research Institute of Nigeria (FRIN) in 2015 and over 5,500 different species of trees were planted for environmental sustainability. All stakeholders work closely to ensure that environmental sustainability, climate change mitigation and energy efficiency policies are sustained and remain top of mind.

To this end, HASSM was determined to give back to its community and establish an entity that could facilitate training and knowledge transfer to bolster youth capacity from vulnerable segments of society in key sustainable development domains and for an extended period of time. This gave way to HASSM’s Zayed Community Training Centre less than two years after winning the Prize.

The Centre is meant to bridge the disconnect between conventional classroom work and the practical realities of the outside world through vocational training in technology transfer for sustainable development. The Centre’s is currently accepting new trainees from all parts of Nigeria with an annual admission system and specialises in the fabrication of energy efficient cookstoves and the production of briquettes.

The Centre’s operational model can be replicated in other parts of the State, and by extension in Nigeria as a whole and the school team believe that the exceptional legacy of the UAE’s founding father, Sheikh Zayed, which will manifest through this Centre, will play a pivotal role in building tomorrow’s agents of sustainability and change.

Mr. Waheed Salawu, a member of the management team at HASSM, explained that the mandate of the Centre is to empower trainees and subsequently get them out of poverty. The Centre provides participants with the necessary tools to establish their own training centre in the future, to transfer technology and knowledge to others.  It is envisaged to rapidly become a sustainability model in sub-Saharan Africa with an expected influx of trainees from all over the country.

The concept for sustainable agriculture, which lies at the heart of the project, was borne out of the need for fruits and vegetables, which are very scarce because of the harsh climate, and high cost locally. They were also inspired to counter the incessant cutting of trees, used as fuelwood for cooking by most households, which had a significant impact on local forests.

This gave way to an orchard for growing fruit trees which is alive and productive today and a drip irrigation garden known as the ‘the green house’, which produces vegetables such as tomatoes, peppers, and other crops. The irrigation system is a first-of-its-kind in the community and the local area at large, providing all-year round farming without relying on limited rain fall as in the past. There is also a strong skill acquisition and empowerment element by training kids to produce their own fruits and vegetables of different varieties and species, and in commercial quantities to generate income for the school. In addition, the school is also meeting the food demand requirements of the surrounding area which is impacting more than 525 people.

One of the other main project components is ‘Sustainable Enviro-Agricultural Produce’, which is curbing carbon emissions and pollution through the design and construction of energy-efficient cookstoves. These cookstoves serve as a healthy and eco-friendly alternative for fuelwood. To safeguard health, HASSM’s project also utlilises materials such as wood waste, sawdust, and wood shafts to produce briquettes for cooking. Briquettes are a block of compressed coal dust or peat used as fuel.

Looking back at the project, Mr. Salawu added, “Thanks to Allah and the ongoing support of the Zayed Sustainability Prize, we turned our dreams and aspirations into reality by successfully completing our project despite of obstacles and unexpected circumstances. From the onset, the Prize believed in the ability and sincerity of our project to achieve its sustainable objectives, and for this we are grateful.”

To further enhance youth empowerment, a proposal for the formal incorporation of sustainable agriculture, fabrication of energy efficient cookstoves and the production of briquettes into Hakimi Aliyu’s vocational programme has been submitted to the Nigerian State Ministry of Education and is undergoing approvals.

Despite current socio-economic concerns in the Mokwa State and other parts of the country coupled with the impact of the pandemic, which hindered progress towards the completion deadline, the project, in its entirety, has been formally inaugurated this fall and all its units are functioning at full capacity.

As the 2022 Awards Ceremony nears, Waheed and the school team are looking forward to seeing the latest aspirations and proposed solutions from the Sub-Saharan Africa region, along with other parts of the world, as the Prize continues to shape tomorrow’s sustainability leaders who are guided by vision, optimism, and diligence.