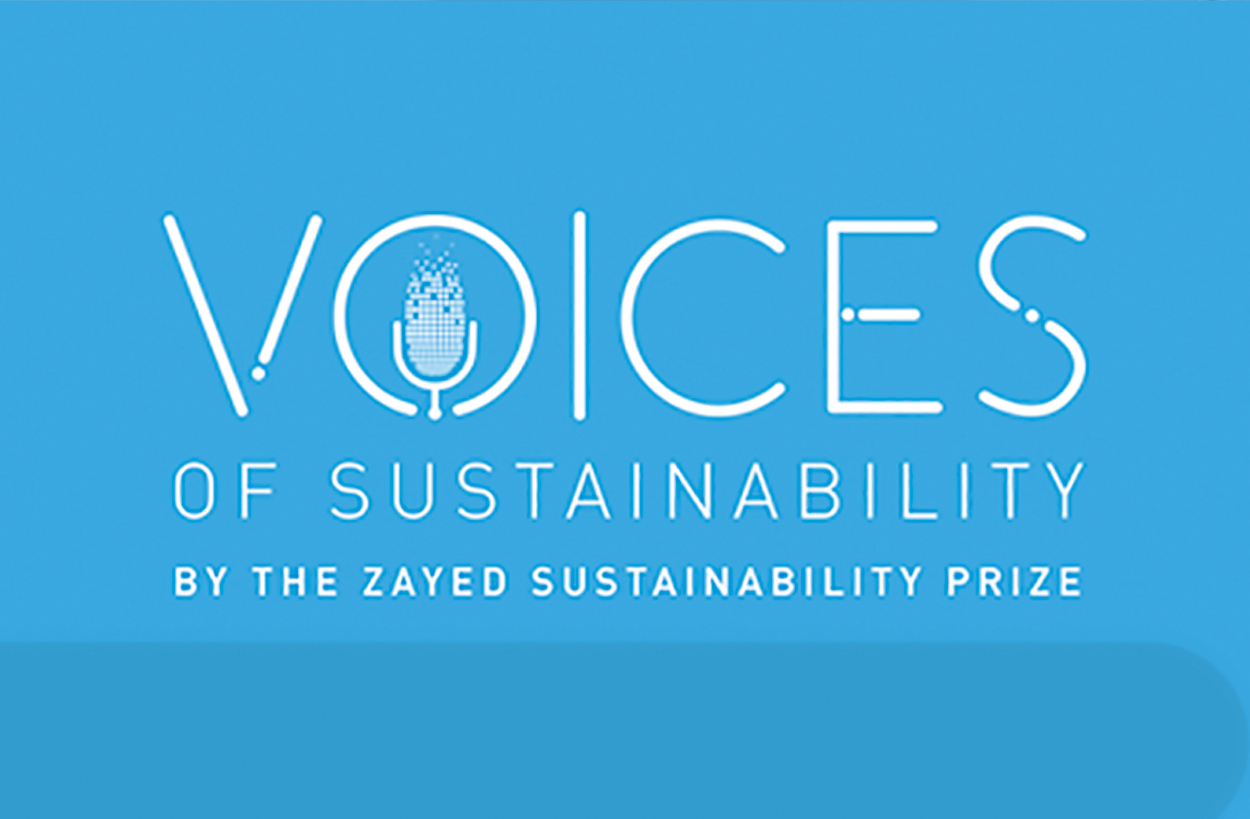 ‘Voices of Sustainability’ was launched in March 2021 by the Zayed Sustainability Prize as a dedicated space where the world’s sustainability thought leaders meet to address the most pressing issues on the global clean transition agenda.

The success of the series has been reflective of the momentum around sustainability efforts in the post-pandemic recovery era, across sectors, industries, and geographies, and it is manifested in the high interest it has attracted to-date, counting well over one million views.

As the series unrolled in the months leading up to the much-anticipated COP26 summit in Glasgow, an overarching lens across its various episodes has been climate action and its impact on achieving other Sustainable Development Goals (SDGs). That was also the focus of the series’ seventh episode, which addressed the transformation of food systems to adapt to the new climate reality and build the resilience needed to feed a growing population.

The episode, which aired in October, hosted the UAE’s recently appointed Minister of Climate Change and Environment, H.E. Mariam Almheiri, and David Rosenberg, the CEO and Co-Founder of AeroFarms, a vertical agriculture firm innovating the way we grow food. Minister Almheiri’s participation in this episode was truly of symbolic importance on the interconnection of the global climate and food agendas, as before assuming her current role, Her Excellency served as the UAE’s Minister of Food and Water Security since 2017, becoming the first ever minister globally to be appointed a food security portfolio.

Moderated by The National’s Assistant Editor-in-Chief, Mustafa Alrawi, the panel examined the role of food-tech and innovation in accelerating food system transition and addressed how global climate action and adaptation measures can be scaled to ensure access to nutritional food for all with the objective of effectively ending world hunger.

The episode preceded the launch of the Agriculture Innovation Mission for Climate (AIM for Climate) on 2nd November at COP26, a strategic initiative by the United Arab Emirates and the United States with the objective of mobilising the investment needed to close the global investment gap in climate-smart agriculture and food systems innovation.

The eighth episode of ‘Voices of Sustainability’ featured a very timely topic, and one that has been top of mind for the international community for the past two years; 2020 marked a pivotal moment in human history, but with COVID-19 primarily being a health crisis, how did it impact the future of healthcare in particular?

This is what Andreas Raptopoulos, the founder and CEO of Matternet, and Eve Hester-Wyne, Director at HWM discussed when they came together on 30th November in the context of the Prize’s thought leadership platform. The episode explored the impact of the pandemic on health systems globally, including how prompt technological adaptation forever altered the ways in which healthcare is delivered, expediting the wide adoption of telehealth systems. The role of Artificial Intelligence (AI) and Machine Learning (ML) in improving global access to healthcare were also explored, alongside the multiple benefits of integrating automation and semi-autonomous vehicles in medical teams.

Matternet is a technology platform for urban aerial delivery, whose mission is to make access to goods as frictionless and universal as access to information. They deliver this mission through an elaborate drone logistics network for transporting goods on demand and have recently announced a collaboration with the Abu Dhabi Department of Health (DoH) for city-wide rapid delivery of medical goods across the city.