Investing in our future is key to saving our planet 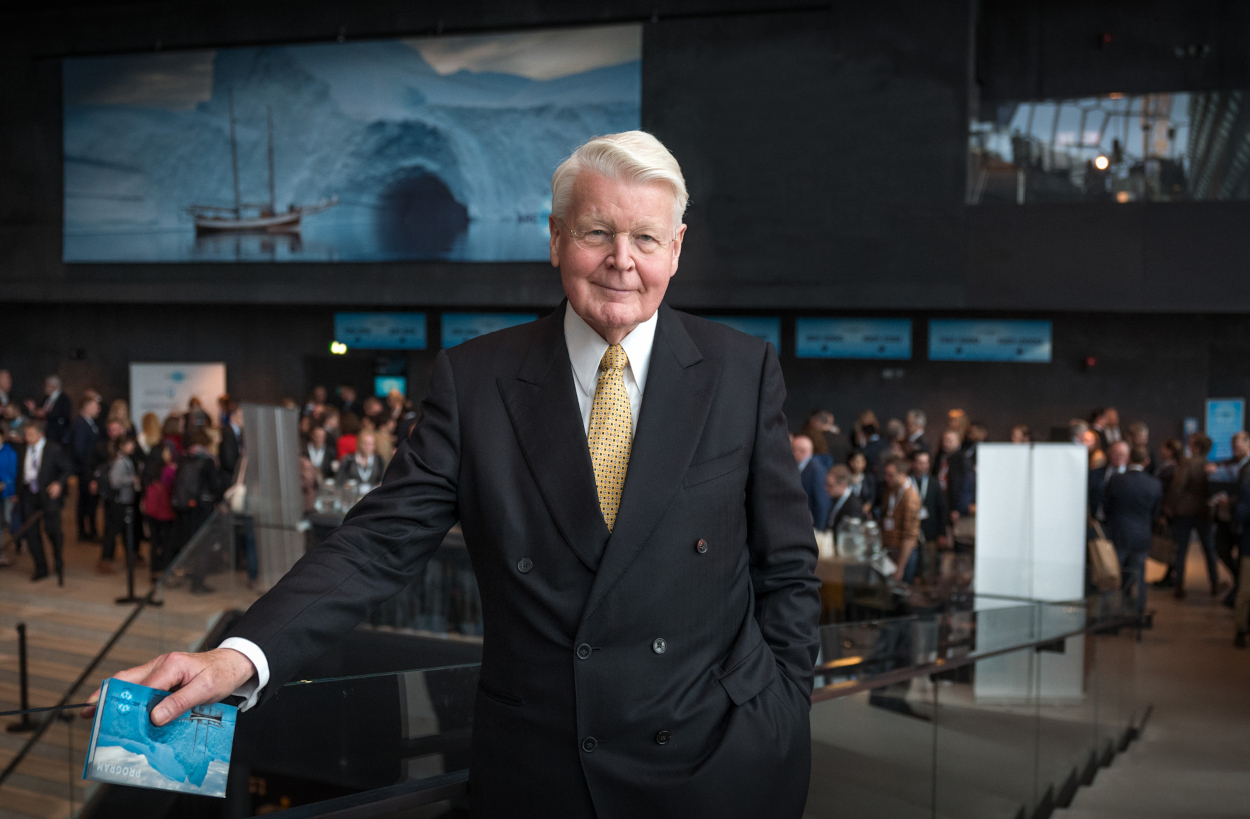 For millennia, the formidable ancient glaciers of the Arctic, with their expansive beauty, have stood unquestioned – until now. Today, they are disappearing.
Year after year, I have watched the massive Vatnajökull glacier – Iceland’s largest – shrink. Almost all of Iceland's glaciers are receding, and scientists predict that they may vanish altogether in the next 100-200 years.

Ice melt affects the entire world. The Arctic helps to regulate the world’s temperature, so as more Arctic ice melts, the warmer our world becomes. It is the melting of the Arctic sea ice that causes the cold winters in Texas, and the increase in and unpredictability of the monsoons in India. And of course, melting Arctic ice is causing sea levels to rise. Some experts estimate that the oceans will rise as much as 23 feet by 2100, which would devastate coastal cities.

While the Arctic may be the harbinger of human-caused climate change, it is also the place where you can find the greatest inspiration for tackling the climate crisis.

In Iceland, we shifted from being 80% dependent on oil and coal in the 1970s, to being 100% dependent on clean, geothermal and hydro energy. In just 40 years we proved that a total energy transformation can be achieved and that cities can be liveable with clean energy. We have seen the impact of this investment on both our environment and our economy. The transition to low-carbon energy has prevented millions of tonnes of carbon dioxide from entering the atmosphere, and has helped significantly grow our economy.

That is why I believe this year’s Earth Day theme, “Invest in Our Planet,” is particularly apt. Investing in renewable energy and in sustainable solutions designed to preserve our air, land and water resources will not only save lives and the planet’s biodiversity, but it will also support business and economic growth. Creating new technologies, building greener buildings and businesses, and using less energy to do it will make almost all companies and nations more profitable.

The latest Intergovernmental Panel on Climate Change (IPCC) report on climate impacts stresses the need to ramp up this investment. While the report did paint a grim picture of the perils that face our world, it also offered us a way forward and emphasised that every fraction of a degree of warming we can stop is worth fighting for.

So we must keep fighting, and we must keep investing. Every dollar invested in protecting nature yields a five-fold return. Investment in sustainable development is the only way to put an end to this ongoing climate saga.

Unfortunately, we learned after the COP21 climate talks held in Paris, that diplomacy and policy would be slow vehicles for bringing about the fundamental change critically needed. Thus, the only hope to achieving transformative, rapid change is by investing in new clean technologies and the visionaries dedicated to creating these innovative solutions that are not only scientifically sound, but also practical. It is these sustainability visionaries who are making the transformative change.

The Zayed Sustainability Prize, of which I am honoured to serve as the Jury Chair, is an organisation that is committed to investing in those pioneers who are developing sustainable solutions aimed at preserving our future.

The Prize, which is now accepting submissions, is a global programme that recognises and rewards the achievements of small and medium-sized enterprises, non-profit organisations and high schools who are driving innovative, impactful and inspiring sustainability solutions in the areas of Energy, Food, Health, Water and Global High Schools. The Prize’s USD 3 million fund is divided equally amongst the 5 categories with each organisational winner receiving USD 600,000 and six high schools, one from The Americas, Middle East & North Africa, South Asia, South Asia, Europe & Central Asia, and East Asia & Pacific, receiving up to USD 100,000 to implement their student-led sustainability project proposal.

The Zayed Sustainability Prize invests in the efforts being made by changemakers who are innovating and deploying the critically needed solutions to avert the worst impacts of the climate crisis.

Through programmes like the Zayed Sustainability Prize, we realise that there is still so much hope for our future. There are a number of disruptive technologies out there waiting to be recognised and deployed, being developed by young, determined innovators and entrepreneurs who are playing the most critical role in our fight against climate change.